Knowledge, News, Training, and How To's

Common PPC Fails and How to Avoid Them [Infographic] 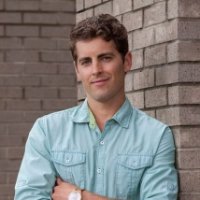 Article and infographic contributed by SERPwatch.io

PPC advertising is often considered an easy way to grow traffic. It’s true — it is a good way to boost traffic, especially for a new site. After all, it’s difficult to convince Google that your site is a credible one if hardly anyone has visited it.

That said, there are limitations to PPC advertising. It’s not always going to be the best solution for your business. In this article, we’re going to go over common PPC fails and how you can avoid them.

No Active Monitoring or Update

Only one in a hundred marketers will make changes to their PPC campaign in three months. That essentially means they’re serving up the same set of ads to the same audience for who knows how long.

We know; it’s easier to just leave the ad running. After all, if it’s working, why change things? The answer is simple – the same old ad quickly wears out. No matter how cute or funny the advertising is, there’ll come a point when it becomes stale.

As a PPC best practice, you want to swap it out before that happens. If you’d prefer not to change the ad, you should still make sure that your account is active. Do schedule time once a week to optimize the account. This could mean tweaking small areas of the ad or changing up the audience.

Ad optimization is something that most marketers think about only when they first set up the add. That is, if they think about it at all. An ad should be viewed as a mini-webpage and receive similar treatment.

Make sure that it’s visually appealing and ensure that you have used carefully chosen keywords in the text as well.

Once the ad has been published, it’s time to run some split-level testing so that you get every ounce of distance you can from the ad. With split-level testing, you run two or more ads simultaneously. They’ll basically be exactly the same, except for one feature.

This could be the CTA button being green instead of red. It could be a different font for the heading. You get the idea. You’re going to change just one thing and see which ad is more effective. The more effective ad is the one that you’ll want to continue running.

You won’t stop there, though – you’re going to run a series of these tests, changing one element at a time, to see what works best. It’s tedious, but it has to be done one element at a time so that you know what component had the best effect. If you want to maximize your ROI, this is an essential step.

You Don’t Use Negative Keywords

Say, for example, that you want people to buy your latest informational product. Ideally, you want your ad placed in front of people that can afford to buy it. So advertising on a coupon or freebie site might be a waste of money for your company.

You could set the negative keyword as “coupon” or “freebie” to prevent Google from putting your ads on sites with those words in them.

PPC advertising is a useful tool when used correctly. If you want maximum effectiveness, you’ll have to put a bit more effort into the process. While it can be tedious to test and retest the ads, it’s also the best way to ensure that you get the best possible results every time.